Home Health Miscellaneous Symptoms of seed ticks bite and How to get rid of seed...

Seed ticks are very troublesome, and seed tick bites cause severe pain and also many diseases. So, let us learn all about them in this article.

Hard ticks have a sturdy back and get attached to the skin for a more extended period before any transmission to the blood. The second is the Soft ticks which do not have a hardback and tend to release the infection in the blood within minutes.  Both the groups of Ticks have various life stages.

The smallest one of the stage is a nymph or the larva and is also referred as Seed tick. These are smaller than the adult ticks and have six legs rather than eight legs of an adult tick. Like the other ticks, seed ticks also feed on the blood of the humans. They are tiny and sometimes even hard to notice.

Their size is of the poppy seeds. They are also associated with specific seasons during which they evolve from larvae to adults. Sometimes they infect so many cattle as a host causing an endemic situation causing an economic loss as well.

Seed ticks attach themselves the body of the host immediately after hatching and would get stuck to the host for many days. Sometimes the seed tick gets held to the host for their entire lifetime.

In case they don’t find a suitable host the seed ticks might die. However, they are capable of surviving for a long duration without the intake of any food. Seed Ticks can feed on humans as well as animals.

Seed ticks usually bite the host and penetrate into the body of the host. They dig into the skin and feed on the blood of the host. Seed Ticks carry microorganisms with them and can pass the diseases through them. Some of the conditions caused by them include:

They also affect animals and humans both, but this disease is very common among rabbits, hares.

The symptoms of the Seed Tick Bite vary depending on the bacterial infection caused by them, and one should carefully notice the symptoms and sign that they or the person around is facing:

Symptoms of Rocky mountain fever include:

In some cases, Seed tick infestation has been found to impact the eyes called the infestation of the conjunctiva, though it is a rare case. It happened to an American wood man’s eyes.

How to get rid of seed ticks at home:

If you come in contact of a Seed Tick, the most important thing is to remove the Seed Tick from the body and one should not panic as most often the ticks do not cause any infection.

One can use antibiotics in case of any signs or symptoms which indicate the occurrence of any bacterial infection. One should use the following home remedies to the infected person or the pet in case the pet has an insect bite. The Home remedies that can be used are:

Seed ticks appear like tiny black dots on the skin. There can be some Seed ticks present at the infected location. One should not try to remove those using hands.

This is another method that is used for removing the ticks over the skin. One can apply the masking tape on the area infected. The tape should be applied firmly so that seed ticks get stuck to the masking tape. After sticking it rigidly, you can pull the tape by applying force at one end. Most of the seed ticks would come out using this procedure.

In case the masking tape is not sufficient to pull out the seed ticks, one can use the anti-lice shampoo to remove the Seed Ticks

There is relief of itching due to the use of ice pack. One should use ice cubes on the affected area to cure the itching. While applying the ice pack, one should not use it directly as it may cause burn due to extreme cold. The Ice should be used after wrapping in a towel to the affected area

Aloe vera is a beautiful natural substance which has dual effects; it helps to cure the itching caused as well as benefits in the removal of any Seed Ticks remaining over the skin.

In most cases, you do not need to visit a doctor for every tick bite. But you should monitor, if there are any fever, rashes or muscle aches like symptoms in the next two months, it could be Rocky Mountain spotted fever, Lyme disease or tularemia.

So it is necessary to visit a doctor. The usual problem that one faces after Seed Tick bite are the Itching that happens on the location of the Tick Bite. Some of the treatment ways that can be used to heal this include:

Benadryl can be applied to the itchy skin to have a soothing effect. Similarly, Hydrocortisone cream can be used to cure itching in case of insect bite or Tick bites

One can also use herbal preparations like lavender oil or peppermint oil for treating itching and inflammation after a Seed Ticks on humans cause bites.

One should consult a doctor if there is a fever arises after a tick bite. This might be because of the infection, and there would be a requirement of antibiotics for the treatment.

Prevention is always better than cure. One should take following precautions:

In case the house is infected with Ticks following actions should be taken: 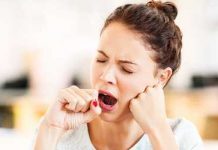