Dropsy disease is the accumulation of fluid in cavities of the body or cellular tissues. The effects of Dropsy disease are usually at the end of the day as the fluid tends to get deposited in the lower part of the body often feet and lower legs. (1)

Both pathological and Physiological conditions lead to dropsy. Fluids leaking in the body cause the tissues to swell and cause inflammation in the body. Dropsy can be seen with:

READ  Pulse in Stomach: 4 Causes, How dangerous is it?

Types of Dropsy depends on the cause of oedema or the affected body part due to fluid accumulation.

Refers to the excess fluid gathering in the legs, ankles and feet mostly lower parts of the body instead of the centre of the body

It is the accumulation of fluids in the open spaces, and alveoli of the lungs

This occurs due to the fluid collection around the eye region. This type of dropsy usually causes puffiness around the eyes.  This often happens in the morning.

This is the fluid accumulation in the abdominal cavity surrounding liver, stomach and intestines.

Further Edema is also classified as Pitting or Non-Pitting Edema:

It is one of the most common oedemata in which if we apply pressure to the affected area or the swollen area, the indentation or the depression is left for some time, and it takes some time to stabilise.

On pressing the swollen skin does not leave an indentation. Non –pitting oedema occurs in legs and arms, and this usually happens in patients with lymphedema, hypothyroidism. Non-pitting oedema is difficult to treat. Elevating the legs periodically and wearing compression stockings helps in curing.

Dropsy is characterised by puffiness or swelling around the affected area like legs, abdomen or eyes. Other Dropsy symptoms include:

The dropsy treatment mainly involves changing the lifestyle and some home remedies: (3)

Sodium is the primary cause of increased retention of fluid in the body. Sodium tends to absorb fluids which cause the body to swell. Sodium retention in the tissues can be reduced by reducing the consumption of sodium in the food. One should reduce the intake of outside food or canned food and should prefer a home-cooked meal. Even the fruits and vegetables should be freshly cut.

Exercising and doing body movements and physical activities help in reducing the fluid accumulation in the extremities of the body and helps in shifting the body fluid to other body parts. The affected person should follow physical exercise routine like walking, light exercise, yoga or swimming depending on the interest.

Person should avoid caffeinated or carbonated beverages as these drinks have higher sodium content and can cause fluid retention in the body.

Light massage of the affected area can also help to reduce the fluid accumulation. A gentle massage can make the fluid move away from the affected part. Usually, the massage should be done in the direction of the heart. One can use flaxseed oil or tea tree oil along with some other oil to increase the benefits.

The areas susceptible to oedema should be protected from any injury or dryness as it may lead to inflammation.

Applying a compress to the affected part can help reduce oedema. Repeat the compression several times every day to help reduce the oedema

READ  Where is your heart located? Do you know the truth?

Pineapple is a natural diuretic which helps to remove harmful toxins from the body. One should add more pineapple in their diets to help improve the function of Kidneys.

Inclusion of many herbs in the diet also helps reduce oedema of the body parts. These rely on natural herbs like Arjuna, Indian squill and dandelion to help reduce oedema. While using these remedies, people should be cautious of the allergies due to them.

Having one – two spoons of apple cider vinegar mixed with water twice a day can reduce oedema; it has an anti-inflammatory property and also helps to accumulate potassium in the body. Low potassium levels in the body are one of the primary reasons for the increase in fluid retention.

Adding parsley to the dishes can help maintain the balance of salts in the body like potassium and sodium. Parsley is a natural diuretic and can also be added to a hot tea. Parsley leaves can be crushed to form a paste and can be applied to the affected body parts for 10 minutes twice a day.

Addition of flaxseeds or coriander to warm water and to drink it once cooled helps in reducing inflammation. Both Flaxseeds and cilantro have an anti-inflammatory property and also helps to improve blood circulation in the body.

Drinking plenty of water helps to keep the body hydrated as well as it helps in reducing the effects of caffeine and sodium in the body as these causes inflammation.

Bloodletting from the body:

This was also one of the ancient ways of treating Dropsy which included the use of leeches or venesection to let out the blood. Although, this treatment is now outdated owing to the many other home remedies having a better treatment. (4)

For treating Dropsy, it is essential to study the underlying causes of dropsy and treat them along with the use of home remedies for dropsy. However mild oedema can be treated using these simple home remedies. 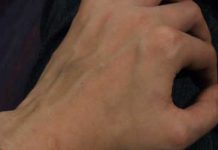 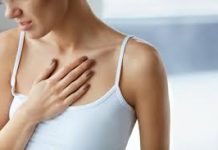 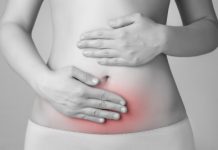 Pulse in Stomach: 4 Causes, How dangerous is it? 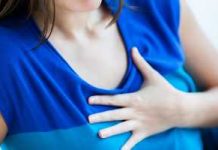 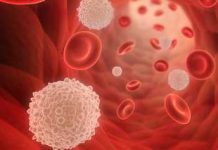 Chest Pain when bending over: Causes and Treatments