Infected ear lobe is not a very common condition. But, the people who develop this problem are troubled a lot because of it. Let us explore its causes and remedies.

Parts of the ear:

The ear is arguably the most important part of the human body, responsible for transmitting and transducing sound to the brain. The ear consists of three parts;

This is the part which transmits sound from the outer ear into the inner ear and is situated right in between the eardrum and the ear’s oval window.

This happens to be the innermost part of the year, where sound waves are transmitted into electrical impulses and sent to the brain; which translates them into a sound that we can understand.

The external ear is the most visible part of the ear consisting of ear cartilage and earlobes. When the outer ear doesn’t perform as it should, it could compromise your hearing. With that in mind, an infected earlobe is, therefore, the kind of affliction you want to avoid.

An infected ear lobe is not only unpleasant to the eye; due to the swelling brought about by Staphylococcus bacteria which infects the ear’s skin, it also causes inflammation and a severely irritating itch.

An injury to the earlobe is not one to be taken lightly. Not only can it cause ear deformity, but it can also hinder the proper funnelling of sound waves into the ear; adversely affecting your hearing.

Causes of an Infected Ear lobe:

There are several possible causes of an infected earlobe they include;

Ear piercings are popular among adults and even among children these days. Ear piercing is not only a fad, in some cultures, but it is also a tradition. Some African tribes such as the Dogon people, the Maasai people and even the Tikar people of West Africa consider earlobe piercings as mandatory requirements of tradition.

Aesthetics and cultural demands aside, a simple low-risk ear piercing procedure could lead to a very painful and cringe-worthy ear deformity and infection.

An infected ear lobe can come about due to the use of an unsterilized tool while piercing the earlobe. This happens due to the transfer of microorganisms from the foreign body used to puncture the earlobe, to the open wound on the earlobe. There is, therefore, need to follow up an ear-piercing with the most hygienic post procedure practices.

An infected ear lobe can also come about when there is a serious and frequent injury to the ear. These injuries are likely to occur when taking part in contact sports such as boxing, wrestling, Rugby, and Football.

The physicality of contact sports can take its toll not only on the player’s earlobe but also on other important parts of the body such as limbs and chest. This with time could lead to total body deterioration. Full body checkups should, therefore, be conducted not only to identify or treat an infected ear lobe but also other vital parts of the body.

When an open wound from the earlobe comes into contact with contaminated water it may lead to the development of an infection. This is most likely to take place while a patient is having a good time swimming in a pool. The unsanitary condition of the pool water may lead to an infected earlobe.

Earrings Made from Non-suitable Material:

Sometimes, accessories can let you down or even embarrass you. You can aggravate the earlobe injury by pulling an earring made from a non-suitable material like Nickel or any other material that makes your skin sensitive.

As stated before, an infected ear lobe is not only a bad irritant for the patient but also an eyesore for those who see it on the patient. Since we know what causes this ailment, it is important to look at the remedies available to make it go away.

Remedies for an Infected Earlobe:

In case of an infected ear lobe, here are some remedies you should consider;

Take off Any Jewelry:

When you suffer from an infected ear lobe, it is advisable first to take off any jewellery on the ear. This will enable the proper examination of the wound to determine the severity of the infection and to determine the treatment to be applied.

Through Washing with Disinfectant:

After you take off the earring or whatever accessory you stick on your earlobe, wash the exposed open wound thoroughly with preferably hot water. Apply alcohol after you are done washing.

Alcohol goes a long way in drying off the pus in earlobe brought about by the infection. Washing and application of alcohol to the wound can be a painful process, but some temporary pain is a small cost to pay compared to the complications an infected ear lobe could bring if left unattended.

The Application of Antibiotics:

An infected ear lobe can also be remedied by the application of antibiotic creams on the affected area. Staph infections on earlobe are brought about by staphylococcus bacteria. These are types of bacteria that are predominantly present in the skin and nasal area of even people who are healthy.

Hydrogen peroxide presents another option for dealing with an infected earlobe. Hydrogen peroxide is quite handy in quelling the inflammation and making the itch subside due to its ability to kill off disease-causing bacteria.

Once the problematic bacteria are neutralized, the patient will be relieved of all bothersome symptoms. The yellow pus built up over time will also be drained out. It could take a week or two, but symptoms could recur if proper care is not taken during the patient’s recovery.

An earlobe infection can also be treated using salt water. This is a quite simple yet effective home remedy for patients dealing with this affliction. You may not have some antibiotics or hydrogen peroxide lying around, but you certainly have access to some salt and water.

This treatment is kicked off by the preparation of a salt water solution which is done by mixing a teaspoon of some sea salt to a cup of boiling water. Allowing some time for the water to cool down a bit is a good idea; you wouldn’t want to add Scalding, to your list of ailments to treat.

When the water is safe for handling, you can apply it on the affected area using your fingers, cotton balls or Q tips. Fingers are most preferable though, since cotton balls and Q tips may leave cotton fibers on the infected area.

Drying off the infected ear lobe with your bath towel is also a bad idea, since germs on the towel may find their way into the wound you are desperately trying to treat.

Sounds easy enough right? This is the most difficult treatment to pull off. On paper, this should be the simplest and cheapest way to deal with an infected earlobe. The reality, however, is that infected earlobes cause irresistible itching. This itch leads to desperate scratching by the patient in pursuit of some relief.

This pursuit of relief through scratching only exacerbates the injury leading to swelling in the affected area, discoloration of the affected area, and elevated levels of pain. The good news is that the itch can be suppressed therefore reducing the need to scratch. A cold water compress can lead to a numbing of the area which reduces the urge to scratch.

The ice-cold compress should be placed on the affected area and maintained for a minimum of few minutes at least three times a day for about a week. That would see most of the painful symptoms subside.

If the above treatments are well applied, then the symptoms should subside within no time at all. Any medic out there, however, would advise you to ensure prevention other than seek treatment later when symptoms begin to manifest. So how can you prevent this affliction?

An earlobe infection can be prevented in the following ways;

Do not have your ears pierced at home; this may lead to an infection. Instead, hire the services of a professional who is not only competent enough to make a nice clean incision but is also hygienic enough to prevent an infection.

A fresh ear piercing should be cleaned at least twice daily to prevent infection. Proper rinsing with saline water is also advised.

Keep Dirty Hands Away from Your Earlobes:

Placing dirty hands on your earlobe allows for bacterial build up which could eventually lead to an infection. 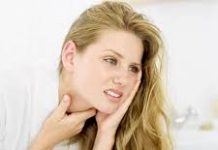 Blisters on Ears: 10 Causes and Remedies