What is Lions mane mushroom? 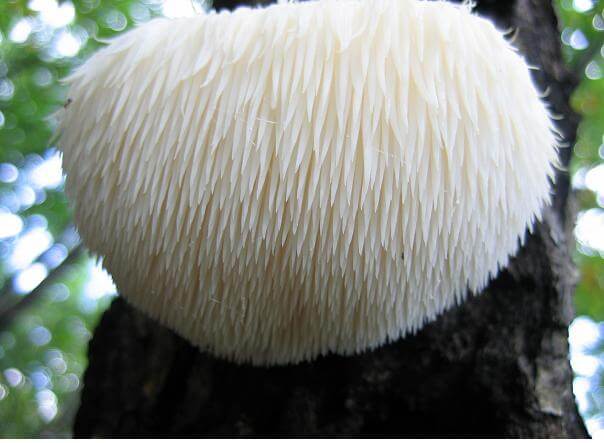 It has numerous polysaccharides which are responsible for the health benefits of lions mane mushroom. They are:

Health benefits of lions mane mushroom in a nutshell:

Our nervous system is made of numerous nerve cells or neurons. Each nerve cell or neuron has 2 parts. They are the axon and the cell body. Axon is surrounded by an electrically insulating substance called myelin. It is a white colored fatty substance. [2]

Myelin is necessary for the proper functioning of the nervous system. The nerve impulses are carried at a high speed through the nerves due to their myelin sheath. Adequate myelination of the nerves ensures that our brain function and cognitive function are maintained normally.

These neurodegenerative diseases lead to many symptoms which are specific to each disease. They can range from cognitive impairment, memory loss to paralysis of the body, paralysis of the respiratory muscles and death. Let us look at some of the symptoms of demyelination.

If the myelination of the neurons is maintained at an optimal level, all these neurodegenerative diseases can be prevented to some extent. Research has been done to see the effect of lions mane mushroom or Hericium Erinaceus on myelination. [3]

It has been proved that the myelin generation or the process of myelination occurred at a faster rate and that too started at an earlier time in the presence of extracts of lions mane mushroom. 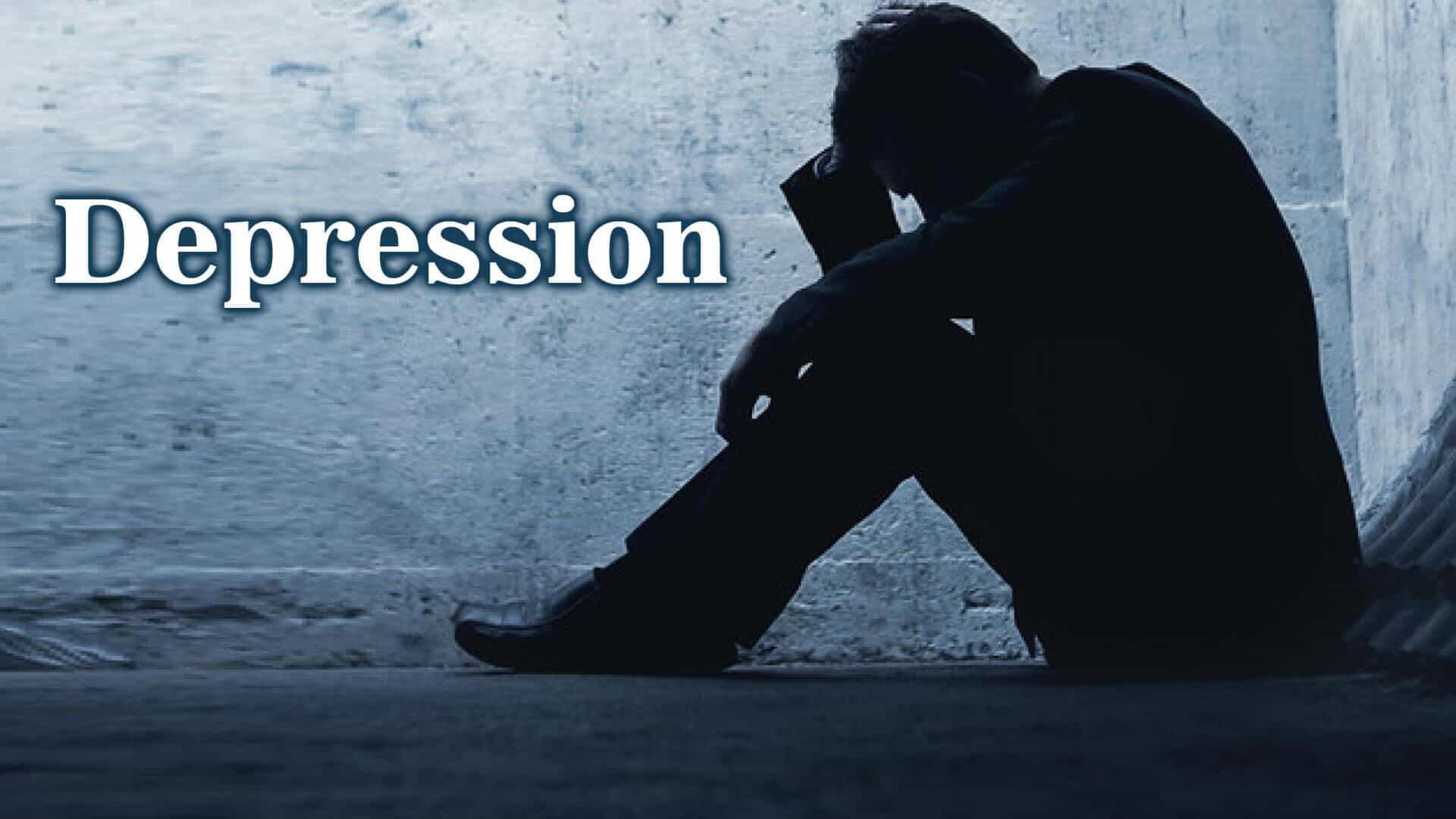 In today’s competitive world, we are subjected to constant stress. We are unable to combat the stress levels and we tend to develop depression and anxiety. Many people throughout the world are becoming victims of these disorders.

They are more dangerous than a heart attack or stroke as a highly depressed person might kill himself even though he is completely normally physically.

You might think this is becoming really very scientific. Do you know what neuritis are? Neurites are the projections from the cell body of the neuron. They are either axons (single long projection) or dendrites (multiple small projections). Neurites help in transmitting signals or nerve impulses from one neuron to another.

Proper development of neuritis is absolutely essential for the optimal function of nervous system. Numerous studies have shown that lions mane mushroom extracts have the ability to promote the formation of neurite bearing nerve cells or neurons in the presence of NGF or nerve growth factor. Hericenone E in lions mane mushroom has shown to induce development of neurite bearing nerve cells in the presence of NGF. [5]

The extracts of lions mane mushroom have also shown to induce the synthesis of NGF or nerve growth factor in the nerve cells. [6] NGF is absolutely essential for the maintenance of the cholinergic nervous system of the forebrain.

NGF is also needed for the development of neurite bearing nerve cells that transmit signals or impulses across the nervous system. They also have no toxic or cytotoxic effects on the body as per the study.

The adrenal gland is the gland which is present just above our kidneys. It is also called suprarenal gland. Adrenal medulla has nerve cells or neurons. Extracts of lions mane mushroom have shown to promote the growth of PC12 cells (or pheochromocytoma 12 cells) of the adrenal medulla in animal studies conducted on mice.

The extracts of lions mane mushroom have also shown to reduce the apoptosis or programmed cell death of the PC12 cells which are neurite bearing cells. [8]

A study was conducted to study the lipid-lowering ability of lions mane mushroom.[9] The study has shown that it lowers the levels of harmful fats or lipids like LDL cholesterol, Plasma total cholesterol, triglycerides, and phospholipids.

Lions mane mushroom has also enhanced the level of helpful fat in the body called HDL cholesterol. According to the study Hericium Erinaceus also lowered the atherogenic index or the risk of developing atherosclerosis. 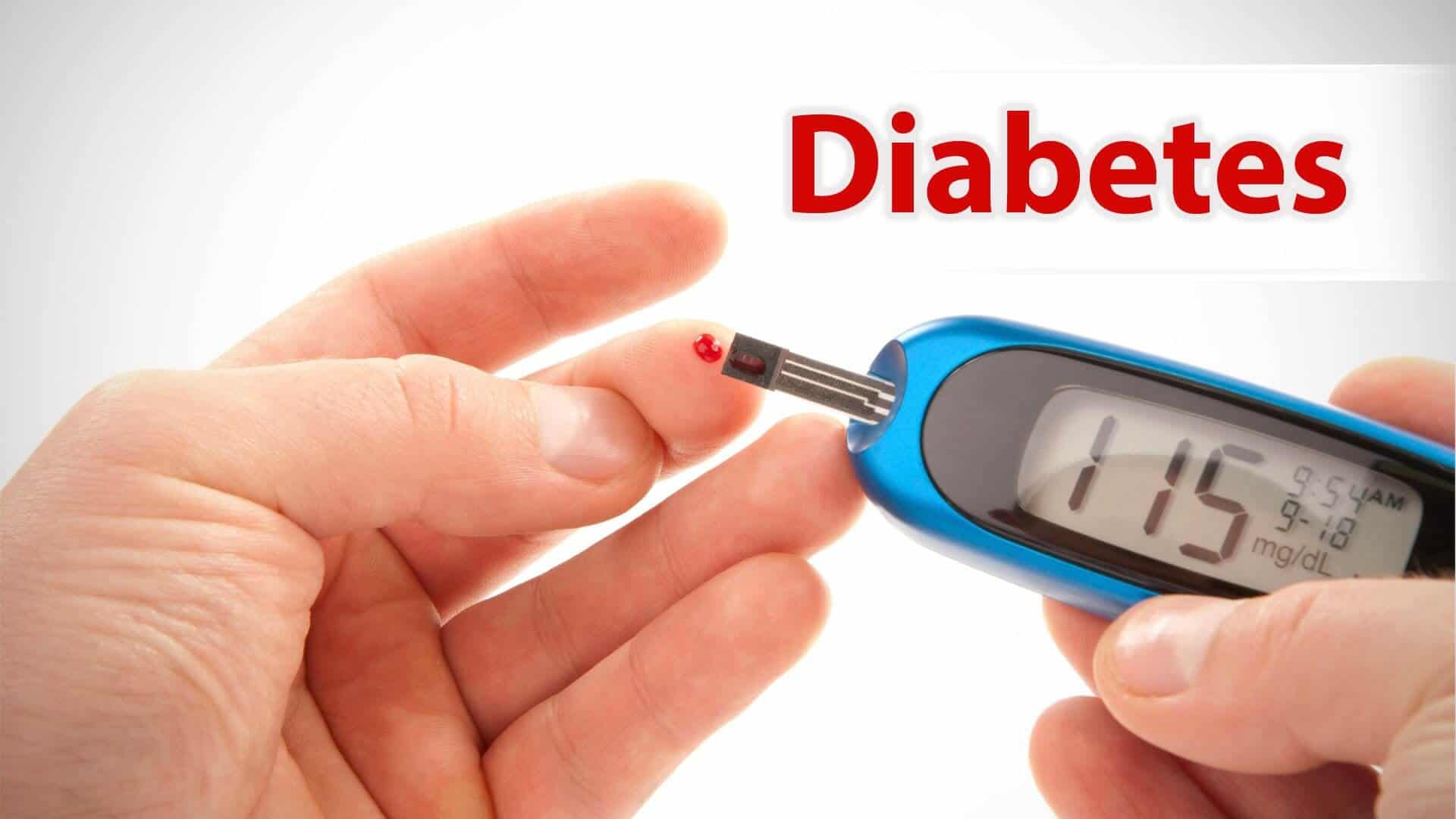 High blood sugar levels in Diabetes can lead to many other diseases like atherosclerosis, heart attack, stroke, eye or retina damage, renal or kidney impairment, etc. Extracts of Hericium Erinaceus or lions mane mushroom have shown benefits for the reduction of high blood sugar levels. [10]

Atherosclerosis is the hardening and narrowing of the arteries which supply blood to various parts of the body. High levels of cholesterol, high blood sugar, high blood pressure and smoking are some of the most common reasons for the development of atherosclerosis.

Atherosclerosis can lead to many health problems like heart attack or myocardial infarction, stroke, peripheral artery disease, etc. Lionsmane mushroom lowers both high cholesterol and high blood sugar which are the causative factors of atherosclerosis.

Peptic ulcers or gastric ulcers can be really very troublesome. They lead to acidity, indigestion, burning sensation and pain below the ribs, pain behind the breastbone or sternum, etc. Extracts of lions mane mushroom have shown to treat peptic ulcers as per a research study. The polysaccharide component of Hericium Erinaceus decreased the size of the peptic ulcers. [12]

Lions mane mushroom also protects the gastric mucosa by preventing the reduction of antioxidant enzymes which protect the gastric mucosa. Helicobacter pylori bacteria is implicated in causing peptic ulcers. According to a study, the extracts of Hericium Erinaceus have shown to possess significant antibacterial activity and they kill the helicobacter pylori bacteria which cause peptic ulcers. [13]

Extracts of lions mane mushroom have shown to kill various bacteria like salmonella Typhimurium and helicobacter pylori. The antimicrobial activity of these extracts is mainly due to the stimulation of the immune system.

Lionsmane mushroom stimulates the macrophages to engulf the harmful disease-causing bacteria like salmonella. [14] According to another study, their extracts have shown significant immunomodulatory effects. They have stimulated the development of T lymphocytes, B lymphocytes and also thymocytes which are important cells of the immune system. [15]

People with weak immune system tend to suffer from many diseases and attacks of infections. As lions mane mushroom boosts the immune system, people consuming it regularly can fight infections very well and they become sick less often. 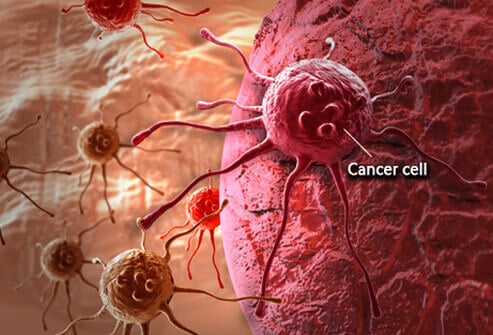 A study was conducted on the fungus polysaccharides compounds (FPC) which contain extracts of Hericium Erinaceus and few other fungi. They have shown significant anti-tumor activity. [16] According to another study, Erinacine A, which is an important constituent of lions mane mushroom exerted significant activity on human colorectal cancer cells. [17]

Erinacine A decreased the proliferation and also the invasion or metastasis or spread of the colorectal cancer cells. The extracts of lions mane mushroom also contain a compound called cerebroside E 1 which reduces the angiogenesis or blood vessel formation in the cancers or tumors and helps in their reducing the cancer size and also their death. [18]

A study was conducted to study the efficacy of lions mane mushroom extracts on gastric cancer. [19] According to the study, a substance called HEG 5 in these mushrooms leads to the arrest of the cell cycle and also apoptosis or programmed cell death of the gastric cancer cells.

Another study has proved that RNase He 1 from the lions mane mushroom extracts can inhibit the growth of leukemia or blood cancer cells. [20] The extracts of these mushrooms also prevent the metastasis or distant spread of the cancers. [21]

The extracts of Hericium Erinaceus have also shown antitumor effects against certain cancers like liver cancer, gastric cancer, and colon cancer. [22] Another study shows that the extracts of this mushroom, when used in combination with chemotherapy drugs like doxorubicin, can effectively treat liver cancer or hepatocellular cancer which is resistant to the treatment with drugs alone. [23]

According to another study, Hericium Erinaceus polysaccharide (HEP) which is used as a traditional Chinese medicine also has antioxidant activity. [25] It also protects the kidneys from damage by free radicals. As per the study, lions mane mushroom reduced the levels of blood urea nitrogen (BUN) and serum creatinine in the animal studies.

Free radicals damage to skin, heart, brain, kidneys, liver and many other organs. The antioxidant action of lions mane mushroom protects our organs from free radical induced damage. We also get rid of premature aging due to the antioxidant activity of this mushroom.

The hericium Erinaceus polysaccharide (HEP) has also proved its benefits in reducing fatigue. [26] The supplementation of lions mane mushroom extracts has improved the energy levels and reduced the fatigue drastically.

It also increased the tissue glycogen content and antioxidant enzyme content which reduce fatigue. It also reduced the levels of blood lactic acid (BLA), Serum urea nitrogen (SUN), malondialdehyde (MDA) which play a role in causing fatigue. Due to its fatigue reducing the ability, lions mane mushroom has the potential to be used for sports nutrition. 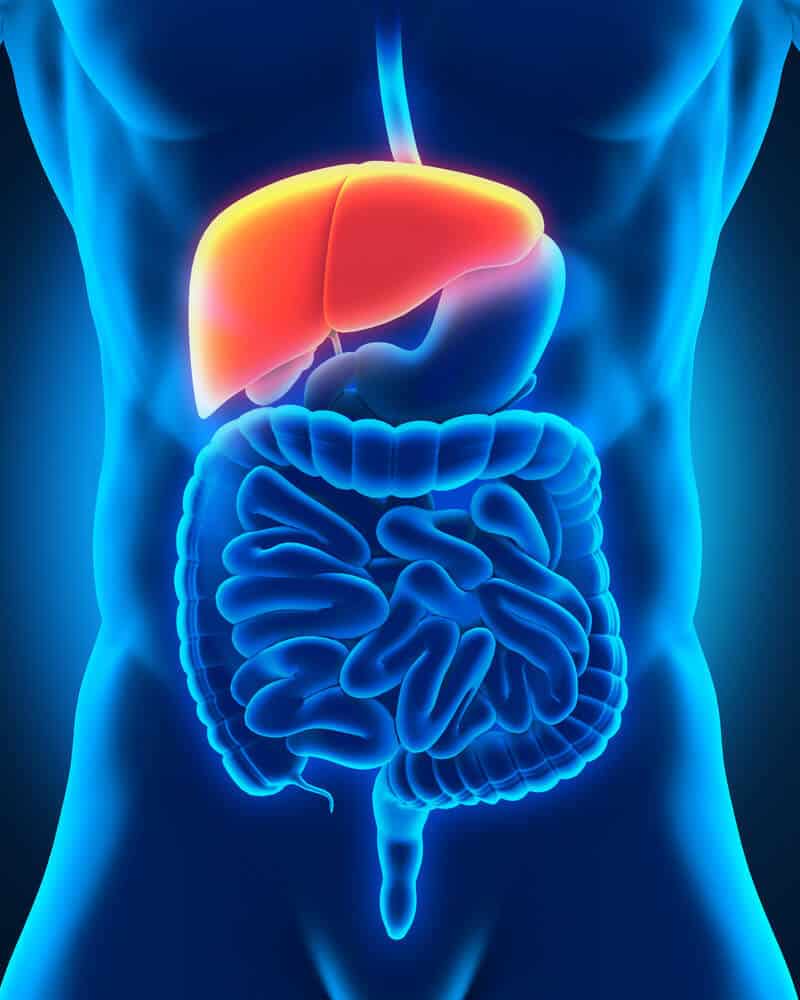 As per the research studies, lions mane mushroom extracts have the ability to protect the liver too. [27] They can reverse the hepatotoxicity or the liver damage caused by acute alcohol exposure or toxicity.

The administration of Hericium Erinaceus extracts has shown to reduce the levels of aspartate aminotransaminase (AST), alanine aminotransferase (ALT), maleic dialdehyde (MDA) which are markers of liver injury or damage. 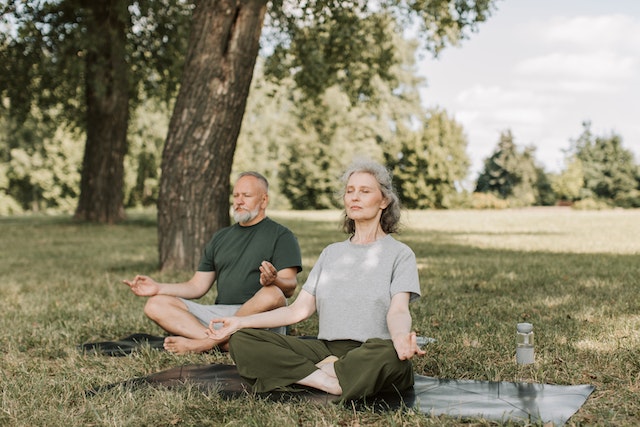 Pranayama is an ancient practice of controlled breathing that has been used for centuries in the practice of yoga. The word Pranayama is derived from the Sanskrit words “prana,” meaning… 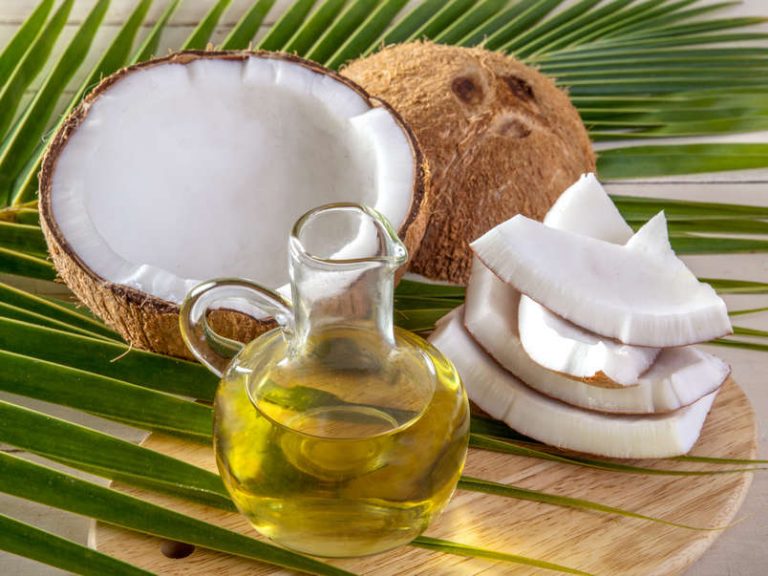 Many of us are aware that coconut oil is applied to the hair for nourishing it, mainly in Asian countries. But, many people do not know that there are many… 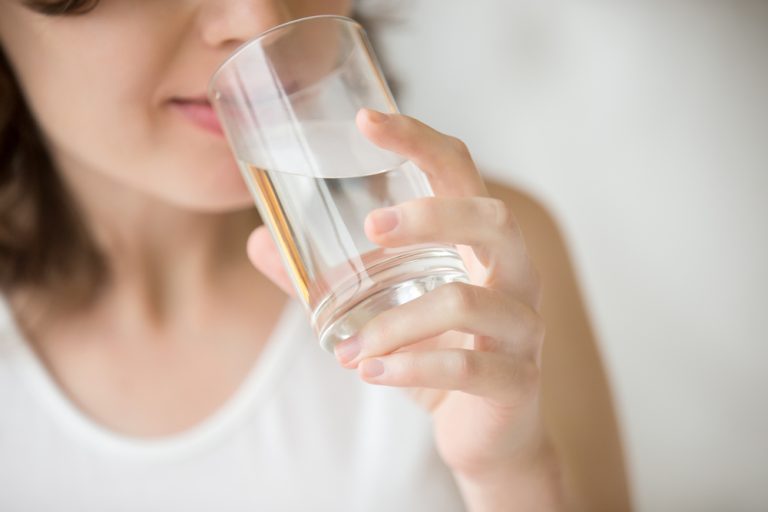 It’s so regularly drilled into us that we should be drinking six to eight glasses of water daily, yet more than half of Americans don’t drink enough water. This is… 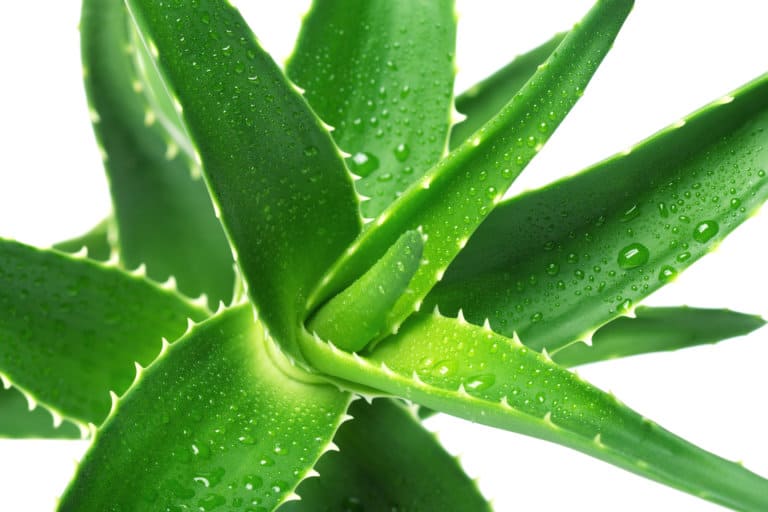 Benefits of Aloe vera on our skin, hair and health are innumerable. It is an incredible plant with benefits on skin, hair, and health. It is treated like just another… 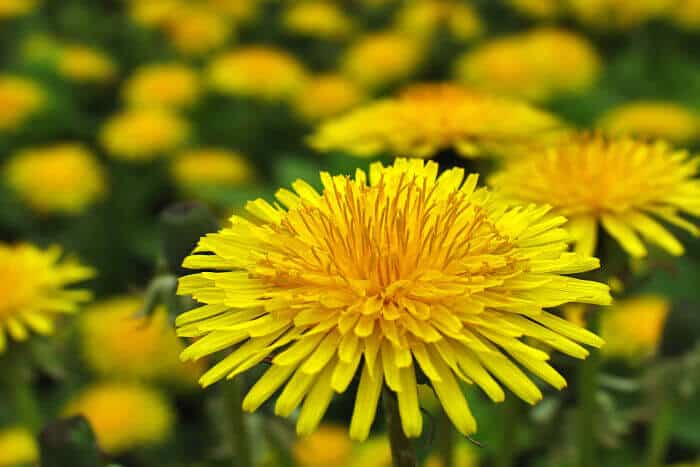 Health benefits of dandelion include strengthening bones, protecting our liver, controlling blood sugar levels in Diabetes patients, flushing out toxins from our urinary tract, getting rid of skin diseases, prevention… 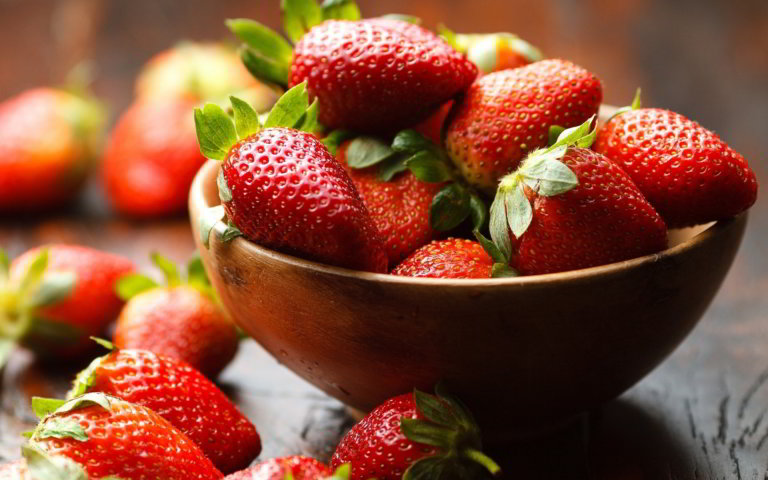 Health benefits of Strawberries are innumerable. Strawberries are extremely delicious and they are amongst the favorite fruits of many people throughout the world. Small kids adore the bright red color…