Epididymal cyst, Have you ever heard of this problem. If not, just read on to know about it, its causes, symptoms, and remedies.

The epididymis is a long duct found at the back of the testicles. It connects the testes to the Vas deference. Epididymis stores sperms in the male reproductive system.

Ones the sperms are produced in the testes they are not fully mature. They are then transported to the epididymis where they are stored for two to three as they mature.

While in the epididymis they go through the maturing process whereby they develop motility abilities and ability to fertilise an egg. The sperms are however infertile while in the male duct. It is only upon ejaculation that the sperms are released in the form of semen.

A cyst is an enclosed sac containing fluids, air, gas or pus. Cysts do not have a specific part of the body that they attack; they appear anywhere. It should be noted that cysts are harmless and non-cancerous.

An epididymal cyst is a fluid-filled sack that grows on the epididymis. In few cases, there might be more than one cysts present. Epididymis cysts may be confused for spermatocele. For you to differentiate them, you should be aware of the fact that spermatocele contains sperms which are not the case with epididymis cyst.

An epididymal cyst is most common in men who are above the age of forty. There are minimal cases of younger men and children growing cyst on their testes. According to statistic 1 out of 6 men suffer from an epididymal cyst.

There is no known cause for an epididymal cyst. However, if not promptly attended to, they may lead to the growth of larger cysts known as spermatocele. In an occasion that spermatocele gets infected, they become very painful.

Even though the cause is not known, the problem starts when sperms are not adequately carried from the testicles causing a blockage. This blockage mainly happens when there is an overproduction of sperms but no ejaculation.

A scar or physical injury might also cause an epididymal cyst. For example, if you are hit in the testicles resulting in blockage.

Epididymal cysts are not painful, and therefore they are not easily noticeable. However, when the cysts increases in size they are characterised by pain, swelling of the testicles and blockage in the tubes that transport sperms.

Spermatocele is as a result of the epididymal cyst. Its symptoms include:

Pumpkin seeds contain zinc, phosphorous and magnesium nutrients which are essential for your prostate health. Zinc, in particular, helps regulate the number of sperms is produced during ejaculation. In addition to that, it helps prevent the formation of cysts on the testicles.

Just like pumpkin seeds, tomatoes have properties that prevent the growth of cyst on the testicles. Tomatoes contain which is an antioxidant. Lycopene is readily absorbed and stored in the testes. It helps prevent damage to tissues by free radicals preventing the growth of cysts and other infections.

For successful treatment of epididymis cyst, you should avoid acidic foods which include coffee, sugars, sodas and specific dairy production. Avoiding acidic foods will help ease the pain and reduce the inflammation.

In some cases, the cyst is caused by iodine deficiency. Complementing your meals with iodine will help treat epididymal cyst. You can either directly apply iodine on the cyst or use it as an additive in your meals.

In some cases, cysts occur when absorption of calcium is increased and in cases of high blood sugar. To solve this problem, you should take chromium chloride which helps regulate calcium buildup.

Yoga is another remedy for treating epididymal cyst. Yoga is where you connect your body mind and spirit. This practice has been known to bring healing on all diseases including cancer. To control and treat epididymal cyst you can practice Hatha yoga which involves stretches that help treat cysts.

To treat an epididymal cyst, prepare a turmeric paste and directly apply it on the areas affected by the cyst. Turmeric has anti-inflammatory and antiseptic properties which help cysts heal quickly and prevents attack by infections

Cysts are not harmful. There is no need to treat cysts that grow on children’s testes as they are not painful and will cause no harm. In most cases, these type of cysts disappear on their own after sometime

This herbal formulation is prepared from essential herbs that are known to control conditions related to the male reproductory organs. The wording is a mixture of four herbs, and it comes in tablets form.

This product is prepared from the ‘punarnava’ herb extract. This herb has diuretic properties, and it also helps the body in eliminating unwanted fluids. Continued use of this capsule will help your body remove unwanted fluids hence reducing the growth of the cyst.

Kanchnar Guggul is another herbal product made up of two herbal components whose medicinal value is very effective. This herbal product helps in managing epididymal cyst among other types of cysts.

This herbal product is prepared from ‘Gokhru’ herb. Tribulus Power Capsules are very important in a man’s body as they help control epididymal cysts, improve the quality of semen released during ejaculation and also increase sperm count.

To manage cyst, it is recommended that you take 1-2 capsules of Tribulus Power Capsules two times a day with plain water.

The above four herbal products are very useful in cyst control and are known to have no side effects.

Other methods of treating epididymal cyst:

For mild pain on the testicles, you can use over-the-counter painkillers to ease the pain. Nevertheless, if all treatments and natural remedies are not helping you can resolve to undergo surgery which will eradicate the cyst.

See also  Lump between anus and scrotum: 8 Causes you must know

You will go through a process called spermatocelectomy where an incision is made on the scrotum to remove a spermatocele by separating it from the epididymis.

You should note that in cases where the surgery is not done correctly it may cause infertility.

Another form of treatment is sclerotherapy. Sclerotherapy involves an injection of the scrotum with a fluid causing the spermatocele to scar taking up the space that was filled by the fluid thus eliminating the cyst.

Research shows that sclerotherapy is not a sure way of treating epididymal cyst or any other disease. Some people refer to it as an idiotic curative method though very cheap. Sclerotherapy should be your last option.

There is another way to help remove cysts at home without surgery. This method involves the use of tweezers or a sharp need which you will start by boiling in hot water. Boiling helps in sterilisation. Ones the tweezers or sharp needle is cooled use it to open the cyst.

Ones the cyst is open drain all the fluids that are accumulated in the cyst. After draining all the fluids clean the cyst using spirit to disinfect and also prevent secondary infections and re-occurrence of the cyst.

To prevent yourself from contracting epididymal cyst you should adopt a balanced diet which has low-fat concentration. 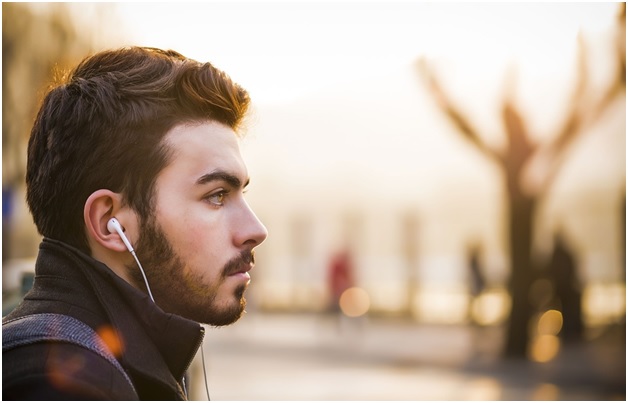 Looking attractive is something that a lot of men aspire to do. It can be tough, but with the right tips and tricks, it’s definitely doable! This article will discuss… 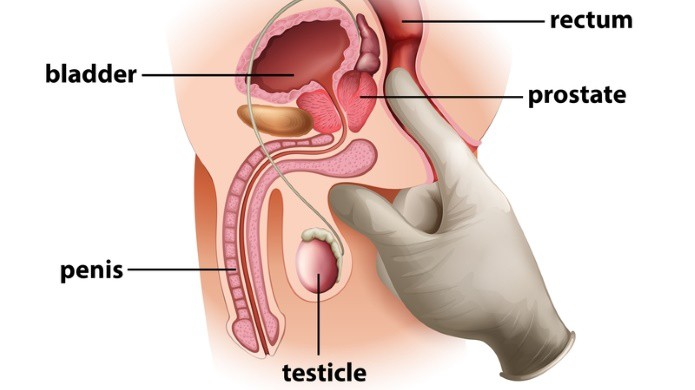 “Prostate milking” Have you ever heard of this term. Many people have questions like what is prostate milking, how to milk the prostate, what are the benefits of doing the… 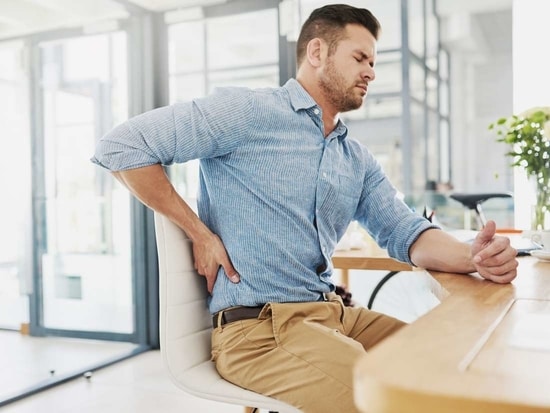 Have you ever had a Lump between anus and scrotum? If so, you must be knowing that we tend to get worried about the possible causes of such a lump…. 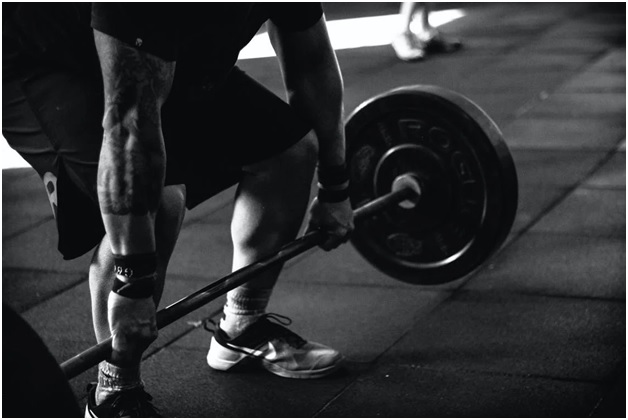 It is no secret that men often have to work twice as hard as women to achieve the same results. This rings especially true when it comes to muscle mass… 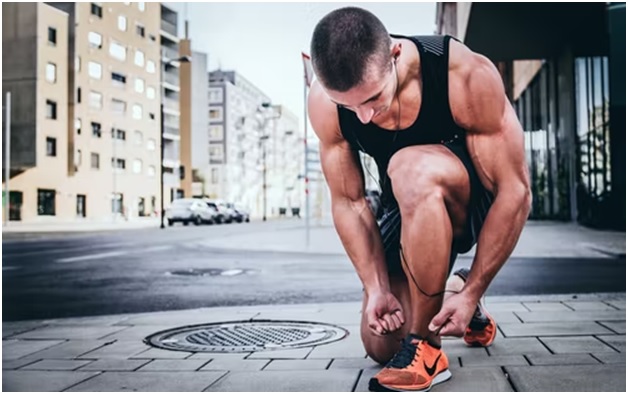 Testosterone is a hormone in the body that is vital in increasing muscle mass, improves physical strength, and is an essential component required to maintain sexual health. The body produces… 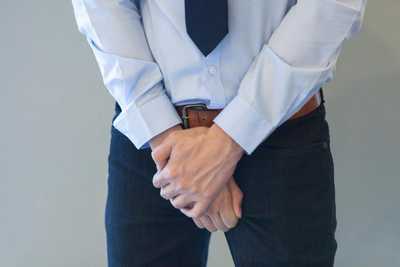 Does your penis smell in a peculiar way? If penis smells fishy, you should not be ashamed of it because the majority of the men are facing this problem. You…